For their first commissioned work as a 2022 ISSUE Artist-In-Residence, producer, DJ, and artist Dion TYGAPAW McKenzie presents the first part of Devil Woman (Obeah Woman), an opera in three parts. Using Techno as their main genre of focus, the work urges us to renegotiate and expand our understanding of the genre. The opera forms a sonic narrative that draws from Jamaica’s rich musical heritage—referencing national, patriotic, and traditional songs. McKenzie repurposes and deconstructs these sounds deeply rooted in the island’s colonial history as an effort to simultaneously decolonize operatic form and expand the potentiality of Techno’s own colonized histories. The result exemplifies a profound sense of self-determination that asserts a new identity free from the constraints of external control.

This performance is co-presented with ISSUE Project Room. The presentation features accompanying visuals by Alima Lee.

What if our souls were no longer fragmented? What if transmutation happens in our souls? What if this made us whole? What happens when a black obeah woman leads a successful slave rebellion? What if no one really knows?

Presented in the form of an opera, Devil Woman (Obeah Woman) is a sonic exploration of the history of the relatively unknown and unsung hero Nanny of the Maroons. The story of this leader of the Windward Jamaican Maroons will be presented in the format of an opera in three parts. Techno will be the soundtrack to this vital reimagining. Techno as a colonized genre is the tool chosen to decolonize the opera.

We promise not to share your personal details with anyone.

Chris Ajemian parlayed his writing and directing career into CATES, a global advising, education, and innovation firm based in New York and London.In 2016, Chris was recognized by The Chocolate Factory with its inaugural “Artist in Industry” Award for his creative contributions to the education field. His creativity, entrepreneurial spirit, and drive toward innovation find kinship at The Chocolate Factory, of which Chris has been a proud Board Member for almost a decade.

Diane Eisenstat has over twenty years of experience with digital packaging and delivery of global financial data, information and news. As Vice President of Product Management at McGraw Hill Financial she increased revenues over $100M by developing new strategies to package and price content and devising methodologies to protect intellectual property. She is President of the Board of The Chocolate Factory Theater, and Assistant Treasurer of Town & Village Synagogue in Manhattan.

For 22 years Stephen Facey served as the Executive Vice President of The Cathedral Church of St. John the Divine where he had administrative responsibility for the Cathedral’s array of cultural, educational, and social outreach programs. He also coordinated the Cathedral’s preservation and capital improvement initiatives. He is a trustee of the St. Mark’s Historic Landmark Fund, the New York Preservation Archive Project, Movement Research, and The Chocolate Factory Theater.

Jonathan Kratter is President and Chief Architect of Applications Integrations LLC working as a senior systems architect with more than 20 years experience designing and implementing enterprise- scale computer systems on the Unix and Microsoft platforms for clients such as Pfizer, Forest Labs, Omgeo, Japan Tobacco International, Trius Therapeutics, and The Yankee Group. Earlier Jonathan was a Senior Architect at Merrill Lynch Enterprise Technical Services division where he worked on the Corporate Product Master and with Global Equity Derivatives. Before Merrill Lynch Jonathan was lead architect for Global Broking Services at Marsh & McLennan and prior to that Jonathan was a consultant to Texaco Inc for the Middle East Far East Division.

Alton Murray retired from Con Edison where he managed relationships with Arts and Culture and Environmental nonprofits organizations. Alton is an ardent patron of the arts. He currently chairs the board of Company SBB, and continues to support emerging artists with an interest in women artists making work on paper.

Since 2019, Vallejo Gantner has been Artistic Executive Director of the Onassis Foundation USA, an innovative programming foundation based in Athens with satellites in New York and Los Angeles. Artistic Director of Performance Space 122 (now Performance Space New York) from 2005-2017 and a consulting curator for BAM and Theater de Welt. A board member of Myer Family Investments, and Jianguo, both diversified investment companies based in Melbourne. He is currently engaged in driving these toward a new strategy of sustainable investment.

Mary Torres has happily called Long Island City home since 2009 when she bought an apartment in Citylights – LIC’s first waterfront luxury high-rise condop. Mary joins Modern Spaces with over two decades of combined experience as a business developer and community banker. It’s her love of the community combined with her professional experience in client and business development, which compelled her to pursue real estate in Long Island City.

Daniel Fish is a New York-based director who makes work across the boundaries of theater, film, and opera. He draws on a broad range of forms and subject matter including plays, film scripts, contemporary fiction, essays and found audio. His 2019 production of OKLAHOMA! transferred to Broadway from St. Ann’s Warehouse and won the Tony Award for Best Musical Revival.  His work has been seen at theaters and festivals throughout the U.S. and Europe including, The Walker Arts Center, PuSH, Teatro Nacional D. Maria, Lisbon/Estoril Film Festival, Vooruit, Festival TransAmériques, Noorderzon Festival, The Chocolate Factory, The Public Theater’s Under The Radar, Opera Philadelphia/Curtis Opera Theater, American Repertory Theater, Richard B. Fisher Center at Bard College, Yale Repertory Theater, McCarter Theater, Signature Theater, The Shakespeare Theater Company, and many .  He is graduate of Northwestern University’s Department of Performance Studies and has taught at The Juilliard School, Bard College, Princeton University, and The Department of Design for Stage and Film at NYU Tisch School of the Arts. Daniel is the recipient of the 2017 Herb Alpert Award in the Arts for the Theater.

Antonio Ramos was born and raised in Puerto Rico where he trained in jazz, salsa and African dance. He later received a B.F.A. in Dance from SUNY Purchase. Antonio began his career performing with Ballet Theatre of Puerto Rico, Ballet Hispanico of New York, Ballet Concierto and Ballet Municipal (PR). His choreography has been produced at Hostos College, The Kitchen, New York Live Arts, Dance Theater Workshop, SUNY Purchase, BAAD!, Dixon Place, P.S. 122, Joe’s Pub, Danspace Project, Lexington Center for the Arts NY, DanceNow Downtown, and many more. Recently, he presented work at the American Realness Festival at the Abrons Arts Center, presented the world premiere of Almodovar Dystopia at Dixon Place, was commissioned by the High Line , and premiered Part 2 of El pueblo de los Olvidados at The Chocolate Factory Theater. Antonio is also a Licensed Massage Therapist, Zero Balancing, and a certified instructor-practitioner in The Feldenkrais Method.

Donate to The Chocolate Factory 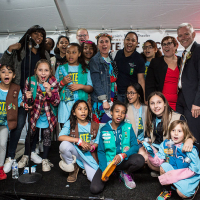 Join The Chocolate Factory Theater as we help to create the future of experimental dance, theater, and performance.

To be a monthly subscriber go to: https://www.patreon.com/chocolatefactory 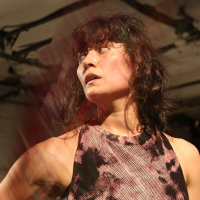 Donations to the Artist Commissioning Fund will help us to pay a commission to an artist in our upcoming Season.

Thank you for helping to keep artists paid and making work in NYC!

Prior to joining KAS, Ms. Capune spent eight years as a Managing Director at Stadtmauer Bailkin LLP. She is a graduate of The American University and earned a Masters in Urban Planning from New York University. Ms. Capune is a member of the Boards of Directors of the Queens Theatre, the Queens Economic Development Corporation, The Chocolate Factory Theater, RIOULT Dance and the Kaufman Arts District.

In addition to his own work, Brian curates The Chocolate Factory’s Visiting Artist Program (now in its 15th year), which supports the work of more than 100 theater, dance, music and multimedia artists each year.

Brian has recently taught at Kenyon College, University of Michigan, University of Colorado, Long Island University, The School at The Art Institute of Chicago, St. Johns University, Carnegie Mellon University, Sarah Lawrence College, The New School, New York University, Princeton University and others; and has served as a panelist / recommender for NYSCA, Queens Council on the Arts, Fresh Tracks, NYC Dept of Cultural Affairs, Foundation for Contemporary Arts, Creative Capital, Pew Charitable Trust, the Mid Atlantic Arts Foundation, Kresge Foundation, Yaddo, the Macdowell Colony, and others. He is a graduate of Bennington College.

Sheila Lewandowski is co-founder and executive director of The Chocolate Factory Theater. Through her leadership, the theater has supported over 800 artists and as many as 35,000 visitors since opening its doors in 2004. In addition, Ms. Lewandowski instituted the annual Taste of Long Island City as an economic and community development project, the proceeds of which further the work of The Chocolate Factory’s artists each year.

Mary Rose Lloyd is a curator of performing arts, recognized for her expertise in family and young audiences programming and for her passion in supporting the creation of extraordinary work for audiences of all ages by innovative artists across all disciplines. She is currently the Director of Artistic Programming at The New Victory Theater in New York – a leading arts presenter dedicated to championing outstanding theater, dance, music, circus, and puppetry arts for kids, their families and classmates. During her tenure, several shows have won and/or been nominated for Tony, Obie and Drama Desk Awards.  In 2012, the New Victory received a special Drama Desk Award for “providing enchanting, sophisticated children’s theater that appeals to the child in all of us, and for nurturing a love of theater in young people.”

An accomplished speaker and frequent panelist and juror, Mary has attended numerous arts festivals and conferences as an invited guest and as part of various international delegations for curatorial research. Her writing has been featured in Inside Arts and TYA Today, as well as on other platforms. She has been a board member of TYA/USA (formerly ASSITEJ USA) and International Performing Arts for Youth (IPAY) and was the Chairman of IPAY’s Artist Showcase Selection Committee. In 2014, Mary received the Mickey Miners Lifetime Achievement Award, IPAY’s highest honor for making a significant impact on the field of performing arts for young audiences.

Mary has served on the curatorial selection team for the Made in Scotland program at the Edinburgh Festival Fringe and was a delegate to the U.S./Netherlands/Flanders Touring and Exchange Project as well as a member of the East Coast Advisory Board for the US COMEDY ARTS FESTIVAL. She has served on grant giving and funding panels, including for the Lower Manhattan Cultural Council and Pennsylvania Performing Arts on Tour.

Most recently, Mary was a selected juror for the 37th Festival Mondial du Cirque de Demain in Paris, a respondent for the Southeastern Theater Conference (SETC), a member of the Artistic Advisory Committee of Circus Now, and a member of the Board of Directors of The Chocolate Factory Theater in New York. In January 2017, Mary received the William Dawson Award for Programmatic Excellence and Sustained Achievement in Programming from the Association of Performing Arts Professionals (APAP).

Previously, Mary programmed the Special Events Series at the Yale Repertory Theater and served as its Associate Managing Director and was the Managing Director and a Board member of Connecticut’s Ensemble Company for the Performing Arts. She has an MFA in Theater Management from the Yale School of Drama where she received the Morris Kaplan Award for Excellence in Arts Administration.

As a partner in the Banking & Finance practice at Mayer Brown LLP, Ryan focuses in particular on securitizations of institutional leveraged loans, known as collateralized loan obligations (CLOs), which provide funding to the corporate credit market.

In addition to CLOs, he advises clients on regulatory issues in relation to securities laws, the US risk retention regulations and the Volcker Rule, and has experience in derivatives, secured and unsecured credit facilities, private placements, asset finance and acquisition finance.